The Blue Cap Foundation was founded with one objective - to promote safety in swimming pools.
In the summer of 2010, Willem, a 12 year-old Dutch boy, drowned whilst on holiday in Italy. He was sucked into a malfunctioning protective grille. Three adults tried to pull him off, but the force of the circulation pump was so strong that they failed to succeed and sadly, Willem drowned. After the accident, Willem’s relatives discovered that he was not the first child to have died this way. They heard of many accidents, some fatal, and decided that action was needed to improve swimming pool safety standards.

Although the legal framework is pretty well in place in Europe and beyond, safety rules and regulations applying to swimming pools are often neither implemented nor monitored.
Swimming pool builders, pool owners, but also regulators often do not know how they can comply with the law. They underestimate the risks because they do not measure the suction forces. The Blue Cap Foundation has developed special equipment to measure the suction forces and detect the perilous grilles.

The Blue Cap Foundation carried out research with their equipment in spring 2011 at holiday resorts in Turkey, Greece, Egypt, Italy and France. Shockingly, more than half of the pools investigated were potentially unsafe.  In autumn 2011 the Foundation also examined the situation in the Netherlands. In nearly all the pools suction forces were measured under water, although according to Dutch and European standards this is not allowed.

In summer 2011, four children died in European swimming pools because they were sucked underwater on to protective grilles. These tragedies must stop! 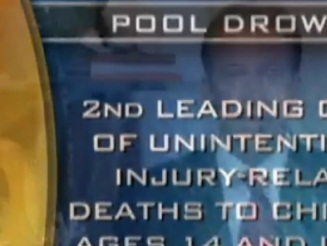